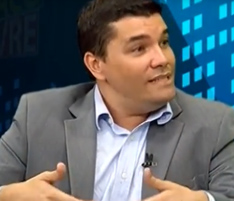 Unsurprisingly, the world is heading into an era of greater social inequalities, economic collapses and disruptions in nearly 90 percent of the industries and businesses we know. Recent data show that, at least in the United States, more than 65 percent of Americans in the next few years will lose their jobs and have to migrate to so-called “freelance services.” But in Brazil, what can we expect from this turn of the 21st century?

One of the inevitable forces of these changes is the technology allied to artificial intelligence and the advanced mechanization of practically all the repetitive and mechanical activities developed by man. After all, a robot can do much more and better, with less cost, than a human being. It may be cruel, but it is effective. And the market seeks effectiveness!

The big question arises when we begin to analyze the impact of these changes on the social environment. Inequality has been overshadowed in Brazil’s most recent study, where the 6 richest Brazilians concentrate the income of the poorest 100 million … an obvious shock! But a shock …

But when you, the indebted worker, with banks actively participating in your budget, with inflation eroding your purchasing power, with recurring increases (from food to fuel), which way to go in a world where money is scarce, the unemployment knocks at your door and the market is as dispersed as all the innovations we see day by day?

My theory is on the basis of application (or fail) of the 3 “es” of the 21st century: Employment, Employability and Entrepreneurship. I do explain.

Every market economy is fundamentally based on this structure. I am not talking about economic or academic theorists. I’m talking about the real world. After all, an economy without jobs, without employability and without entrepreneurs, will invariably succumb.

The first “E” of employment, portrays what we are getting “without.” The term means the work that needs to be done through remuneration and subordination from one person to another. The new economy is striding in the face of a wave of unprecedented unemployment that will force governments to create social support mechanisms never before imagined for so many unemployed. Today we are 14 millions of them in Brazil!

The second “E” deals with employability. Employability is what enables me to have relevant skills or abilities so that I can act on many fronts, or be “wanted” by the market as a professional. Thus, an employable person is hardly unemployed. Being qualified for both seems the biggest challenge after all.

The third and last “E” of entrepreneurship, the cycle closes: it is that initiative that creates opportunities based on the needs or deficiencies of the market, and consequently seeks people employable for the jobs created by entrepreneurship. Do you see the cycle?

However, as we are facing this institutional crisis of jobs, we are faced with many workers who are not being “employable” to the market, precisely because of the entrepreneurial initiatives which, in turn, are creating an increasingly demanding market for professionals who are interesting, not merely performers.

In the world of the 21st century, being employable means not just having a background in an area of ​​knowledge. It means: be multifunctional, connected, updated, human and efficient. It means going back to school, but not the one we know and trained, but a new EDUCATION that has been created by entrepreneurs! But for this the workers need initiatives that enable them to re-empower themselves with each new cycle, then return to the market and thus keep the wheel of fortune spinning.

Social differences tend to get more and more conspicuous and gaping with technologies. After all, the more efficient we are, the more we will realize how unfair we are and focus on maintaining a trading system based on the 19th century. After all, generating jobs seems to have become a thing of the past, since, for a highly computerized market, would have their way, and entrepreneurs will invest more and more in solutions that need more and more of employable.

It remains to be seen whether, at the end of the day, the “non-employable” will have their chance of becoming “employable” or subject only to a minimum universal income distribution, better known to Brazilians as a family stock. Which of the “E’s” are you in now?